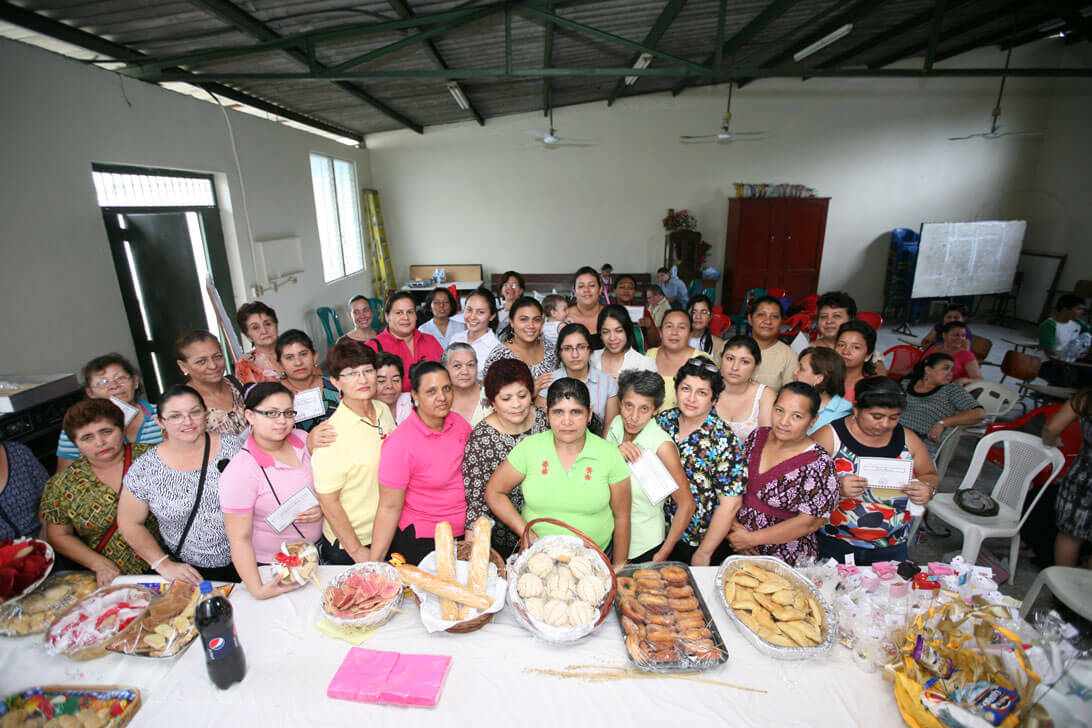 CEPUDO began with a program called "Women in Development."

The program was intended

to help women in

It taught them different skills to improve their income within their homes without having to leave their children. Classes were held in their own neighborhood so that these women would have no problem and would avoid having to travel to the city, pay for transportation, and leave their children home alone.

Linda Coello, Founder of CEPUDO, together with a group of friends, began giving the courses personally in the neighborhoods. Later, they were able to hire instructors who had previously learned in their own neighborhoods and it was there when the program “Women in Development” grew stronger.

Partnership with FOOD FOR THE POOR

Work with Food for the Poor

began with the distribution

and construction of latrines.

When Linda Coello personally met Robin Mahfood from Food for the Poor, he encouraged her to create the organization as he saw the potential they had. CEPUDO’s legal status was established 15 years ago. The process was faster than normal, action that was taken as a call from God. Everything was turning out great and CEPUDO was really His creation.

The beginning was uncertain. They were not sure if CEPUDO was what they wanted since it implied a strong commitment. However, Linda Coello and her team felt that it was a call from God and started with the organization. Thanks to God, CEPUDO has grown and expanded in a surprising way and it is believed, through faith, that this is God’s project. Since the beginning, CEPUDO’s motto has been “Walking with God ” and God has been with CEPUDO since the very first moment.